A downloadable game for Windows, Linux, and Android

You and your co-astronaut need to repair the ship and protect it from an onslaught of asteroids.

Web game is hosted by the devs.

LAN game starts a new game on the local network

Private game is just you

Pushing the observe button instead of Join will cause you to only watch. The game wait until there are astronauts to start.

The first two players to join will be astronauts, dividing their time between healing nacelles and shielding from further asteroid damage.

You cannot deal while the shields are up. There are only 4 seconds of should charge, you must wait 1s between uses, and it will recharge when not active.

All players after the first two will be hurling asteroids at the ship to try and destroy it.

The game's AI will throw rocks as well, should there be no aliens or ones that refuse to throw rocks.

hold to heal or sheild, tap to enter command module 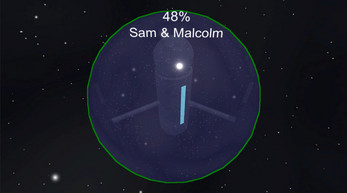 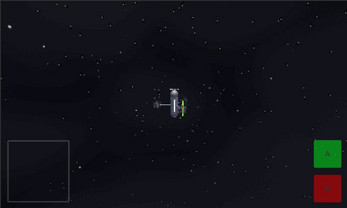